When my oldest learned to read she became obsessed to the point where I would dread parent-teacher conferences because we knew we would be chastised with stories of her inappropriate reading. I am not sure reading can ever be truly inappropriate, but it impacted her attention in the classroom. If she had two minutes of free time, she read for thirty. It was a problem. Still, how lucky that she could so easily be transported into the world of books and so engrossed that everything around her disappeared.

Stories are important in my house. My youngest didn’t read as much as my oldest, but no one did. Instead, she was enthralled by the other side of stories. She became my writer. She is looking into creative writing programs at college now. It is an exciting time.

I know little of the publishing world but it makes me happy to know there are some locally based companies focused on telling stories connected to where my roots are planted.  For this post, I am going to focus on one Maine based publisher, Islandport Press.  Maybe someday my daughter will become one of their authors.

The mission of Islandport Press, as outlined on their website, reads:

“Islandport is a dynamic, award-winning publisher dedicated to stories rooted in the essence and sensibilities of New England. We strive to capture and explore the grit, heart, beauty, and infectious spirit of the region by telling tales, real and imagined, that can be appreciated in many forms by readers, dreamers, and adventurers everywhere.”

While they had many titles that looked interesting, I was going to a triple baby shower and thought it was the perfect time to pick up my gifts while also supporting a local company.

I bought three selections from their children’s line. Below are the books I bought as gifts along with descriptions from the Islandport Press website.

“Debut children’s author Laura Freudig pairs with award-winning illustrator Kevin Barry to create a poetic and playful picture book that investigates feelings, emotions, and imagination, exploring the connections we have with the animals around and within us. “

My First Impression: I enjoyed seeing all the creative creatures the children became as they moved through their day. The Puffin was my favorite transformation.

“Albert’s vacation was amazing—or so he thought. To friends, his time in Maine was boring. Dull. Lame. They’ve got a more vivid and exciting idea of what Albert could—and should—have done on his trip. But Albert might just have a surprise for his friends, after all.“

My First Impression: I enjoyed the way the book bounced from black and white to vibrant colors as Albert told his friends about his trip to Maine, although I’d have to say that Albert’s “boring” adventures sound like a perfect trip to Maine to me.

Winner of the 2015 Maine Literary Award for Children’s Literature

“Young Joe Livingston has a very active imagination! And when his favorite Aunt goes missing, he and his family journey through the wilds of Maine to rescue her from the clutches of Cracker—The Beast of Briney Bay!”

My First Impression: I enjoyed the child’s point of view on this one and especially loved that the “monster” was defeated by a fire hose of streaming butter. Butter is my downfall too. 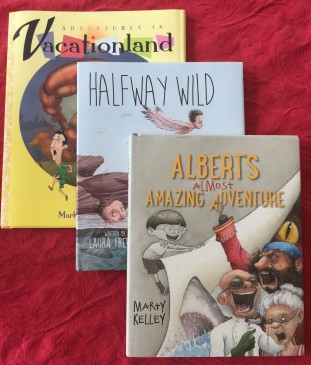 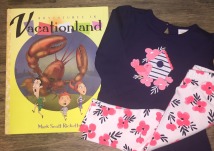 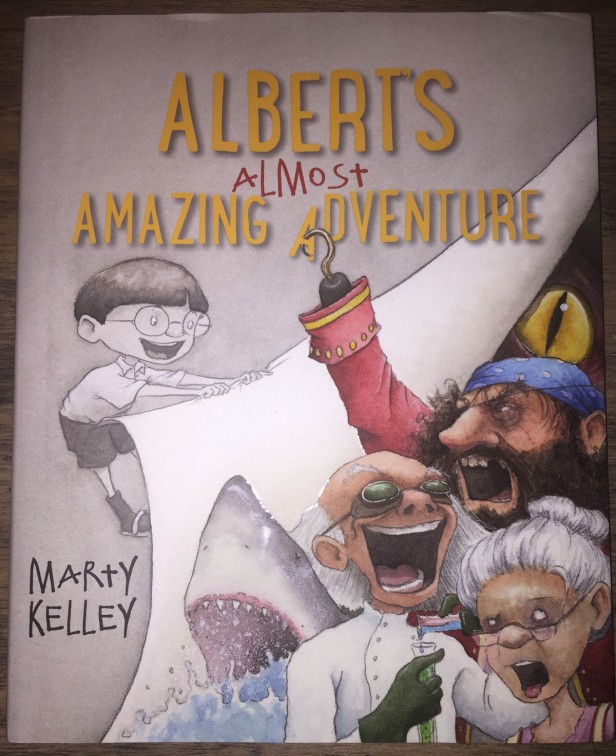 All three books were beautifully illustrated and my absolute favorite thing was that they were all set in or connected to Maine in some way. I’m looking forward to checking out other books published by Islandport Press.

Do you have a favorite book whose story is set near where you live?

13 thoughts on “I is for Islandport Press | Stories connected to New England.”

Hard to believe it is mid-January jn Maine. While there is ice on the lake there’s also lots of water layered on top. Although, I always love these misty days. They’re so beautiful and eerie.
First snow of the new year.
My new mug cover from Anne Riggs Designs. It’s so bright and fun.
Christmas morning breakfast casserole.
View of one of our Christmas trees as you come down the stairs. I love holiday lights . This is our travel tree that is full of ornaments we’ve collected from our trips over the years.
I finally had to accept that keeping succulents alive is not one of my core competencies fortunately crafting is. Went the needle felted route and created a more permanent succulent garden for my office.
I learned something super helpful yesterday. I made my annual vanilla caramels and my candy thermometer, which has been acting up, must have been off because I took them off the heat too soon but didn’t realize until I’d left them to harden overnight and sadly they did not.
Love how the sun hits our silver Pom Pom tree. Holiday decorating is the best!
Filling up my Rudolph cookie jar. Definitely one of our tastier traditions.
Picking daddy up from the airport. Someone’s excited!
Loading Comments...
%d bloggers like this: