I am a proud geek. I love all things nerdy. My husband commented once to friends that I was easy to buy for on Valentine’s Day. He just had to shop like he was buying for a teenage boy. He’s not wrong. I love my minimates, Funko Pops and Doctor Who memorabilia.

And, when you’re a nerd there’s no one you love more than the voice of all things geek, Chris Hardwick. He has risen to the top of the nerd pyramid from his role as founder of the Nerdist to hosting the Talking Dead . He understands the world that he lives in and speaks to it well. He definitely speaks to me. I think my husband even gave me his book, “The Nerdist Way: How to Reach the Next Level (In Real Life)” for my birthday one year. Let’s just say, I’m a fan.

Having recently discovered State Theatre as a great smaller venue to see a show,  I was incredibly excited to learn that Chris Hardwick would be taking his  ID10T Tour to Portland and State Theatre. I had already seen Chris on his Funcomfortable tour at Just for Laughs up in Montreal so I knew that he puts on a great show. I bought tickets as soon as they went on sale and waited impatiently for the night of the show to arrive. Finally, it was time for some laughs.

We went to the Little Tap House for a quick happy hour stop before the show. It was a Wednesday night and we had gotten a later start than we’d hoped so we had limited time. We weren’t able to enjoy a leisurely visit at the Little Tap House but we did have one quick drink while splitting a burger. It’s definitely worth a longer visit if you have some time. They have a nice selection of happy hour drink specials. 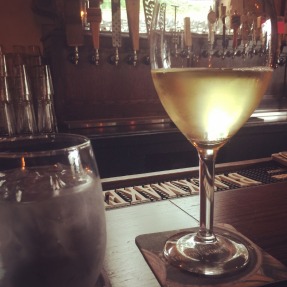 The biggest advantage to grabbing a quick bite at Little Tap House before the show was that they’re located only a few blocks up the street from State Theatre.  Even though I knew the show wouldn’t start on time (it didn’t) and that there would be a warm up act (there was), I rushed my husband so much he didn’t finish his half of the burger. I couldn’t stand the thought of being late and potentially missing anything so we left quickly, and arrived to the show with time to spare. Bowling pun intended. I miss All Star Celebrity Bowling. I told you I was a nerd.

There is a bar at State Theatre but be sure to have them check your IDs when you enter as you will need a wrist band if you plan to order any drinks. There were people ordering food as well, pizza and movie theater type snacks. According to the FAQs on their website, they “offer pizza from Portland Pie Company, popcorn from Little Lads and other tasty treats”. I might have to check out the Pizza next time. I’ve blogged about Portland Pie Company before. They’re delicious.

We grabbed a couple of drinks and then headed to our seats. The opening act was Mike Lawrence. I was unfamiliar with his comedy, but he was really funny and a great warm up for the show.

Chris Hardwick was hysterical. He certainly touches on the nerd stuff but gets into other topic areas too. He engages fully with the audience and is super quick to riff on things as they come up. He ties everything together and knows where he’s driving the show. He ends with a Q&A session where his fans can ask him questions about anything.

State Theatre is also a gorgeous venue to see a show. Prior to seeing Chris Hardwick, I  saw Nate Ruess during his Grand Romantic tour. It is the perfect size venue with a nice, intimate feel. It is a beautifully refurbished historical building with charm to spare. 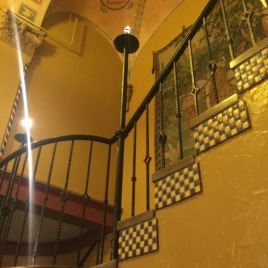 Chris Hardwick is a busy, busy guy so it doesn’t look like there’s a lot of stops on the tour, but if you’d like to see where he’ll be next, check out the tour listing on his website id10t.com. He’ll be circling  back to New England in November with a show at the Wilbur in Boston.

It was such a great night and fun way to spend a Wednesday. It definitely made the week a little sweeter. 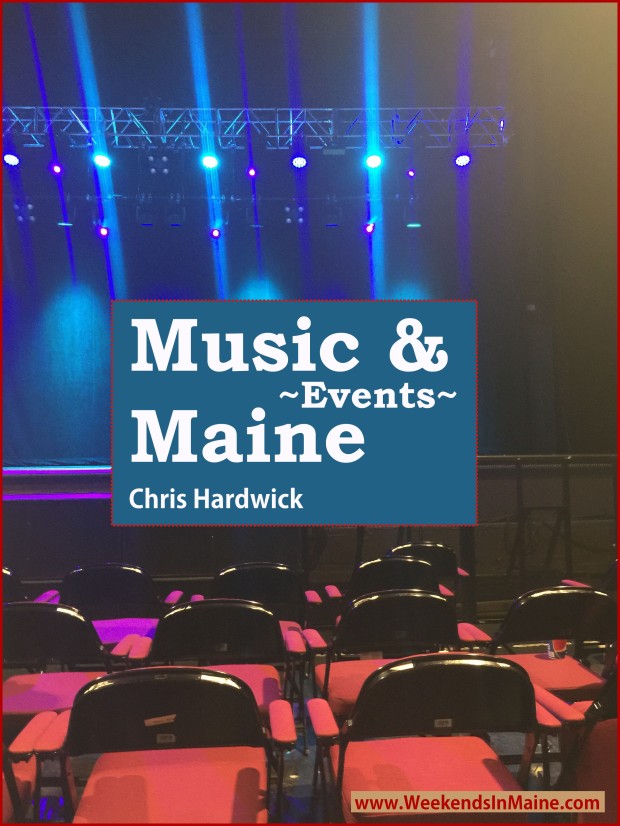 Hard to believe it is mid-January jn Maine. While there is ice on the lake there’s also lots of water layered on top. Although, I always love these misty days. They’re so beautiful and eerie.
First snow of the new year.
My new mug cover from Anne Riggs Designs. It’s so bright and fun.
Christmas morning breakfast casserole.
View of one of our Christmas trees as you come down the stairs. I love holiday lights . This is our travel tree that is full of ornaments we’ve collected from our trips over the years.
I finally had to accept that keeping succulents alive is not one of my core competencies fortunately crafting is. Went the needle felted route and created a more permanent succulent garden for my office.
I learned something super helpful yesterday. I made my annual vanilla caramels and my candy thermometer, which has been acting up, must have been off because I took them off the heat too soon but didn’t realize until I’d left them to harden overnight and sadly they did not.
Love how the sun hits our silver Pom Pom tree. Holiday decorating is the best!
Filling up my Rudolph cookie jar. Definitely one of our tastier traditions.
Picking daddy up from the airport. Someone’s excited!
Loading Comments...
%d bloggers like this: